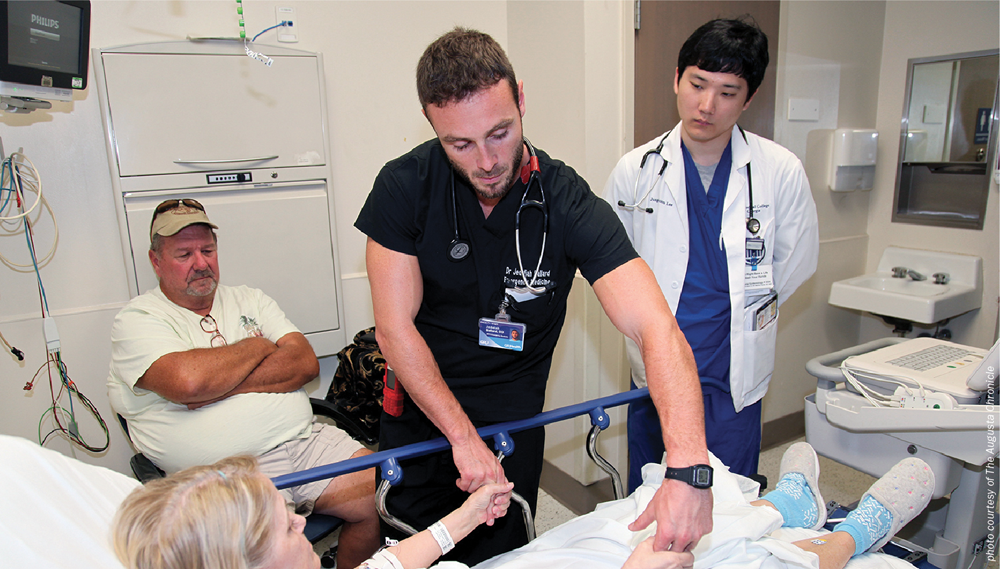 Augusta Physician is the Face of Men’s Health Magazine

When the average Augusta guy decides to work out, he might pop into the Kroc Center to lift weights or hop a bike for a ride along the canal. When Dr. Jed Ballard works out, he’ll run sprints while pushing a pick-up truck that’s in neutral or toss around a pair of 65-pound sandbags. Maybe he and a buddy will blast through some Chinese Box Push-Ups, or he might walk on his hands for a few hundred feet. By now you’ve probably figured out there’s nothing remotely average about Ballard. After all how many average guys from Augusta are chosen as the Ultimate Guy by Men’s Health and make the cover?

That’s another story but first a little background on the amazing Ballard, whose life story is so colorful it almost sounds like a tall tale. He hails from a tiny town in Montana called Lima, and his active lifestyle started early. As a kid, he’d chase around his half-wolf dogs, Bandit and Big Foot, and as a teen, he’d wrestle cattle for branding. As a young adult, he signed up for Ranger training and found himself tied to his fellow servicemen, trudging along to nowhere with a heavy rucksack on his back, sometimes dozing on his feet. To prepare for the rigors of Ranger training, he read Victor Frankl’s concentration experiences in A Search for Meaning.

“Not that the two experiences are the same,” Ballard says. “But the book helped me develop the survivor mindset I needed to get through the training. During that time, you’re always super hungry, super tired or super uncomfortable.”

Only eight percent of the trainees make it through the 61-day course, and it comes as no surprise that Ballard was one of them.

The emergency room physician completed his residency in Augusta and decided to practice here because he could still be active duty military at the Augusta University Trauma Center. Not too long ago he happened to read about the Men’s Health Ultimate Guy contest and entered on a lark. Out of 700 entries, he was chosen as one of three finalists who were flown to New York City, where a team of handlers fussed over him, trimming his beard, bronzing his face and passing on media tips. Ballard found out he was the winner in front of a live audience on the Today show. His face and exquisitely-toned torso appeared on the November 2016 edition.

Looking at the cover, you might imagine that Ballard spends his life at the gym, but, in fact, he usually only works out an hour or so, six days a week.

“I have a dry erase board where I keep track of my daily attention to mind, body and spirit, and I don’t like to see blanks in any of those areas,” Ballard says. “For my mind, I regularly listen to podcasts to keep up with my medical field, and for my spirit I pray, read the Bible, journal, or seek out internal silence.” And yes, he eats fairly healthy but won’t say no to a beer, a piece of frozen carrot cake or a handful of Sour Patch Kids to recover after a workout.

Ballard also offered some advice for those struggling to get rid of the post-holiday poundage.

“When you snack, don’t necessarily count calories, consider what’s going to keep you satisfied,” he says. He suggests Greek yogurt, almonds and an apple instead of a granola bar, which will leave you hungrier sooner.

Even though his fitness level is way above average, he knows not everyone can achieve six-pack abs.

“I tell my patients that even by increasing their fitness level just a little bit, they’ll feel much better and their quality of life will improve,” he says.

Great advice from a guy who obviously knows.

A private investment partnership fronted by former Mayor Deke Copenhaver announced in mid-December that it plans to transform the block on Broad Street containing the Johnson Building and the old Woolworth’s department store into the Augusta Innovation Zone.

Tommy Wafford, co-founder of the Augusta Innovation Zone, compares the formation of an innovation campus to Google and Apple—both of which have innovative campuses allowing for free reign a “intrapreneur.”

Along with Copenhaver and Wafford, other co-founders are George Claussen, John Cates and Tom Patterson. The group’s plan includes 17,000 square feet of co-working space—plus a lab for companies like Snapchat and IBM, a rooftop transformed as a nightlife venue, retail shops, retaurants and loft apartments. The group sees the projects as altruistic, inclusive and a way to bring ideas and help build them into something on a national scale. The first phase is set to be complete Masters Week, with the remaining projects set for completion by the end of 2017.

Why Go: While exploring the unspoiled terrain of Cumberland Island, you never know who or what you’ll encounter. Maybe a wild turkey will waddle by or you’ll spy dolphins frolicking in the surf. You might even encounter bands of feral horses roaming the windswept dunes or grazing on seat oats. It’s the perfect destination for those who are drawn to combing deserted beaches or savoring  night skies dappled with thousands of stars. Cumberland Island has no street lights, stores or paved roads, making it a getaway in the truest sense of the word.

What to Do: Fifty miles of hiking trails are yours to explore. They cut through canopies of moss-draped oaks, interior wetlands, and marshlands. If you’re a shell seeker, you can wander the beaches bountiful with shark teeth and other sea treasures. Bring your binoculars to observe over 300 hundred species of birds or roam the burnt ruins of Dungeness, a 59-room, Gilded-Age mansion built by the Carnegies. Guided tours of the island are available and include a visit to the Plum Orchard Mansion and the First African Baptist Church where John F. Kennedy Jr. and Carolyn Bessette were married. January 9th through 12th, National Geographic photographer David Wright leads a photo safari and retreat. Visit www.greyfieldinn.com/specials/photosafari

Where to Stay: After a full-day of experiencing the wilds of nature, you might be ready for the comforts of civility. The Greyfield Inn is the only hotel on the island, and offers rooms that start at $475 a night which includes three meals, cocktail hour appetizers, use of bicycles, kayaks, beach chairs, umbrellas fishing gear and guided history and nature tours. They’ll also pack you a picnic lunch to enjoy while you wander the island. Want to continue the nature experience? Camping options are also available.

How to Get There: Cumberland Island is only accessible by ferry, which leaves from St. Marys, Ga. For schedules and rates, visit www.cumberlandislandferry.com/ferry-schedule-rates. Distance from Augusta is 230 miles and a 3 hour and 30 minute drive.

New Ways to a New Body

Weary of the same old workout? Mix it up with some local classes that put the fresh into fitness.

Martial arts fans can sample a number of disciplines via Bodycombat at the Kroc Center. Karate, boxing, taekwondo,
tai chi and muay thai are all represented as you strike, punch,
and kick your way to cardio fitness.

Drum your way to a smaller dress size with lightly weighted drum sticks that will help you burn from 500 to 900 calories per class. Oxygen in Surrey Center offers this class, which combines cardio, strength training and Pilates with drumming to achieve a full-body workout.

Connect with your inner kid for fun cardio at Ultimate Fitness in Martinez. Bounce on a bosu ball, hop a bike, row for resistance and glide your way to greater fitness.

The clicking of table tennis balls is the backdrop for a fun dinner party—all with the goal of raising money to benefit Golden Harvest Food Bank. The Augusta Table Tennis Classic is returning to the Legends Club and promises to be a lively, fun evening.

You can participate as a player or party attendee. Players are encouraged to dress in costume and bring an entourage to cheer them on in their best semi-formal wear. (Note: This is an amateur event. To participate, players may not be a current member of the USATT and/or ever had a USATT rating higher than 1699.)

Attendees will enjoy cocktails, dinner, dancing and a silent auction. The event is sponsored by The Augusta Chronicle and Augusta Magazine.

Make Time for a Mental Workout

Has your mind gotten flabby from zoning out on Christmas movies? Whip it into shape at Mastermind Escape Games. The company specializes in creating themed rooms that test your mental mettle. You can mastermind a bank heist or escape from a zombie apocalypse. How would  you like to plot your escape from the CDC after a deadly virus is released or come head-to-head with a F5 tornado? There are numerous experiences to choose from with various levels of difficulty.  Mastermind Escape Games is located in Evans. Visit www.mastermindescapegames.com/locations/escape-room-augusta-ga/ or call 706-504-9706.

Daring to be Different

While the name might make you scratch your head a little bit, Gloom Cocoon’s somewhat strange moniker isn’t the only thing peculiar about one of Augusta’s most recent up-and-coming rock trios. Not only do they put their drummer up in the front of the stage and let him sing, but they also combine up to four disparate music genres to make up a completely different sound.

According to drummer/singer Jason Walter, Gloom Cocoon is a confusing profusion of jam improvisation, psychedelia, punk rock, and hip hop. He claims this is the perfect combination of styles, mainly because jam songs are too long, and punk rock songs are too short. Their penchant is to find the essential pop hook, explore it just enough, and then move on without making the listener weary. They also do this by not taking breaks in between songs and by not letting the audience get bored with too much downtime or chatter.

Another unique feature is their attitude towards cover songs. For each show, they introduce one “new” cover song into their set list, and then they promise to never play it again in the future. The hope is that this one-off approach will make their live shows more interesting and give their fans a special surprise to look forward to at each performance.

Gloom Cocoon’s home base is Augusta, but they are also spending a lot of time in the Charleston scene, where they are currently on a cassette-only label called Academia Tapes Plus. Jason says that the traditional album formula is perfect for their style of music, and cassette tapes are an economical way to get their music out to the world in an analog format.

Around town, you can catch Gloom Cocoon regularly at venues like Sky City, Soul Bar, and Joe’s Underground.

This article appears in the January 2017 issue of Augusta Magazine. 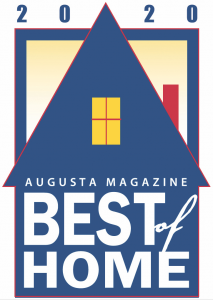 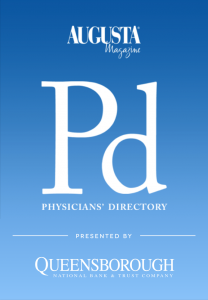